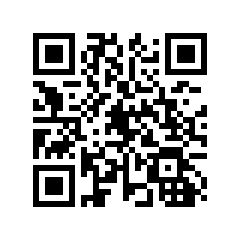 All three cities were satisfactory. The time to travel by the bus was short and the detailed explanation of the guide was also good. It must be a tour in Antalya.

reviewed by a  Customer – South Korea

reviewed by a Customer – Lithuania

Left my jacket in the vehicle at the end of the tour and really appreciate the effort to send back my jacket to my hotel. Generally good tour but a bit rush at Side. It will be better if more time is allocated to Side, a beautiful historic place.

Ibrahim our guide was amazing and very knowledgeable. Started with a visit to the ancient city of perge and then leading onto a visit to side where we saw the temple of apollo. Following on from this we had lunch near aspendos and then visited the grand theatre. The day tour was finished with a relaxing trip to kursunlu waterfalls. I would definately advise all to book this day tour as it was amazing and worth every penny. Hats off to ibrahim again for his extensive knowledge and his excellent english. Thrououghly enjoyed! 5* service.

Had a great trip. The guide was well informed, and quite funny. Perga and Aspendos were special favorites. Near the end I had forgotten we were going to see the waterfalls, that small part of the trip seemed a bit rushed, but there was plenty of time at the other stops.

reviewed by a Customer – Iceland

Lots of sites but a bit rushed. Too many things to see with not enough time. The guide was very knowledgeable.

The whole experience was excellent. Pick up on time. The bus comfortable. The guide and driver take good care of customers. The sites are beautiful and must watch. Value for money and i highly recommend.

Value for money. Good tour guide and driver. Considering the prices of taxis to these sites it's worth every penny.

We could spend more time in each places, but it was amazing. Guide has a really big knowledge, was good to hear him.

I felt we should have spent more time in every area because the monuments and views are amazing. Or do not squeeze 4 placed in 1 day..Tour guide was extremely supportive and informative, was on time to come to the hotel

Extremely knowledgable tour guide, enough time at each location for my preference. The best tour I have been on yet.

A very interesting and informative day.

A little too long was spent at Perga (45 minutes after guided tour had been given), Side enough time to see the Temple of Apollo and a quick stroll, Aspendos was by far the best sight. Lunch was simple but good enough. Guide made a few extra stops at the waterfall park and Yenigun jam & Turkish delight factory which were appreciated.

reviewed by a – GLASGOW, United Kingdom

A lot to see in a short day

This was a big trip to see lots of places. There's quite a lot of mileage to cover, so you don't get long at each place. the first stop is Perge which is a ruined old Greek and Roman city. The theatre and stadium looked impressive but it's the agora that is the real star here. Lots of collonaded walkways and paved streets that seem to go on forever. The baths look in remarkably good condition. Beware of the hawkers. The next stop was Side old town. The drive into the area takes you past most of the main sites buts there's a decent walk past the marina to the temple of Apollo which has the most commanding seaview. We then drive to Aspendos for lunch by the river which was ok but nothing spectacular. Drinks have to be paid for. Then onto the theatre in Aspendos which was probably the highlight of the trip. It's in immaculate condition. Around the corner is the remains of an aqueduct and an orangery with delicious fruit. Final stop was a waterfall. Lots to do, but time is against you.

Was this helpful? Yes

reviewed by a Customer – Berlin, Germany