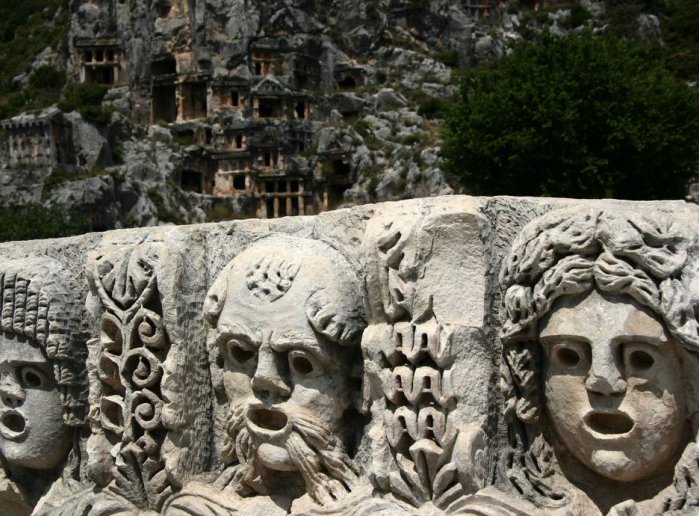 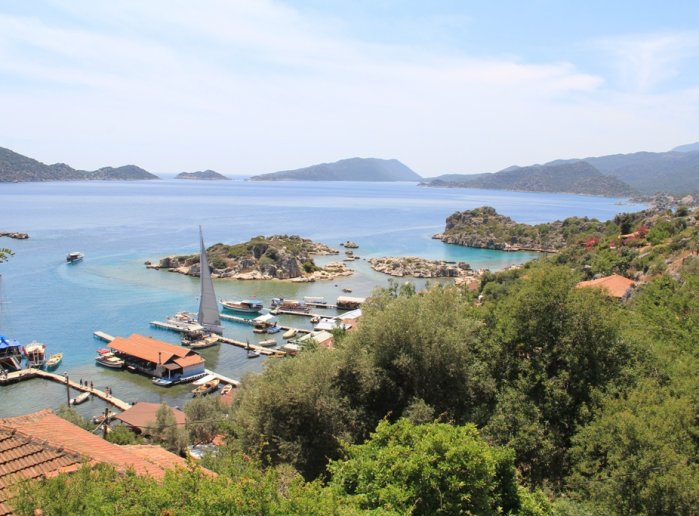 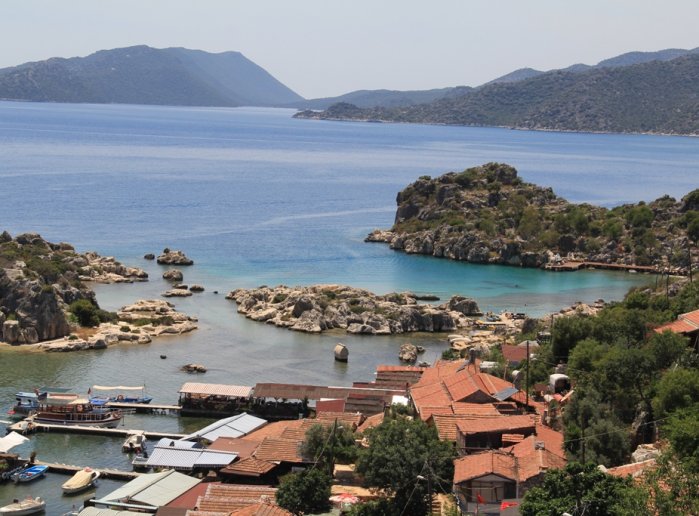 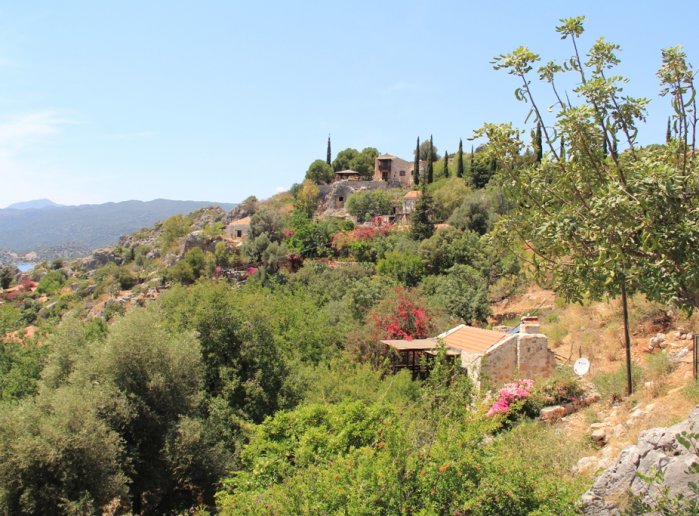 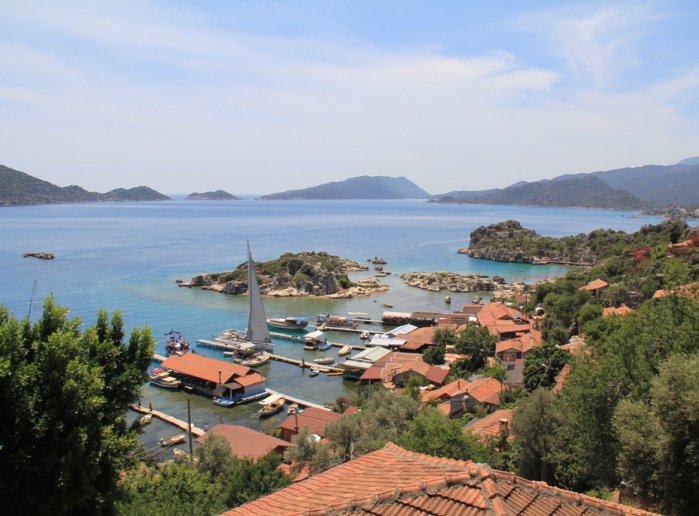 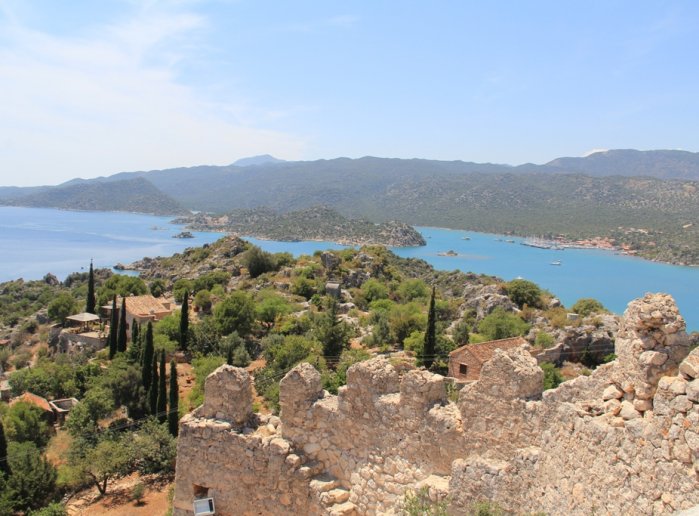 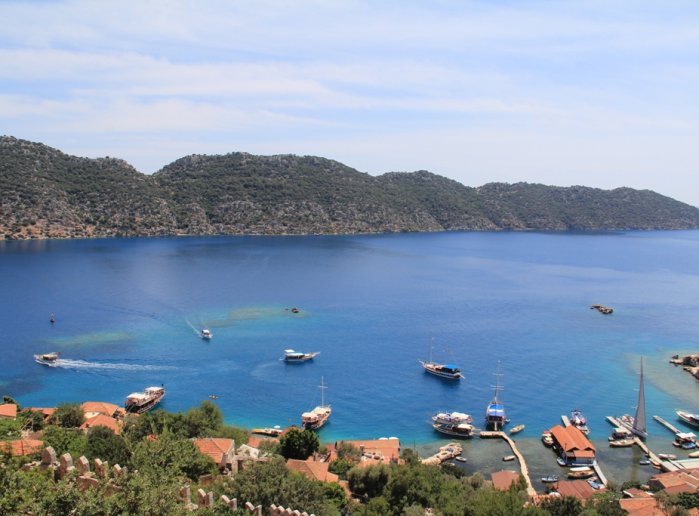 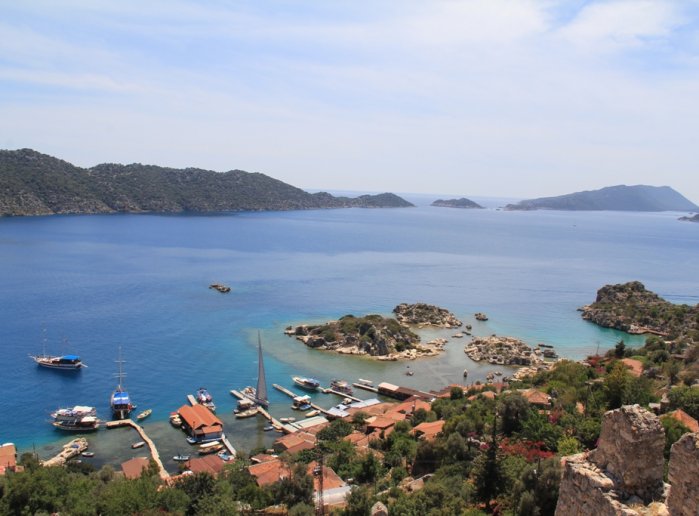 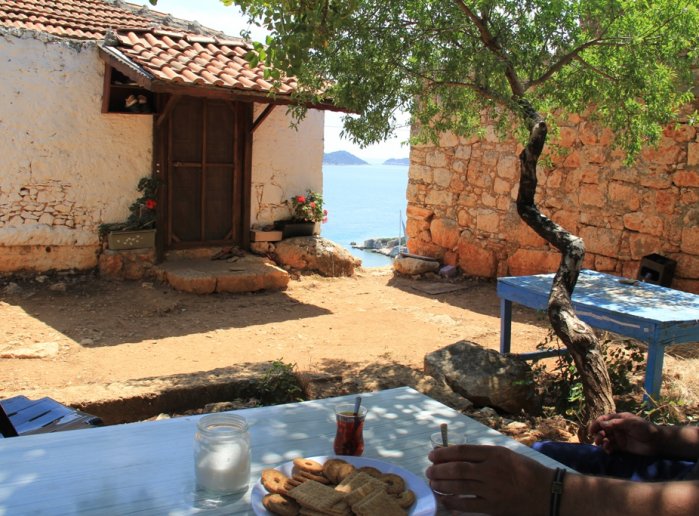 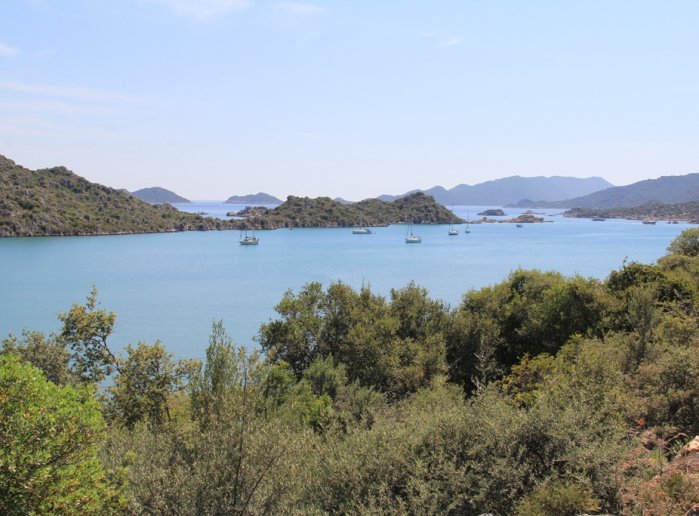 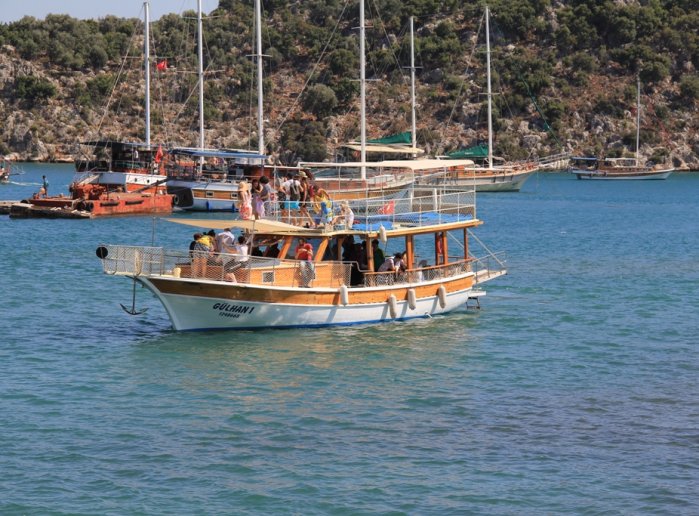 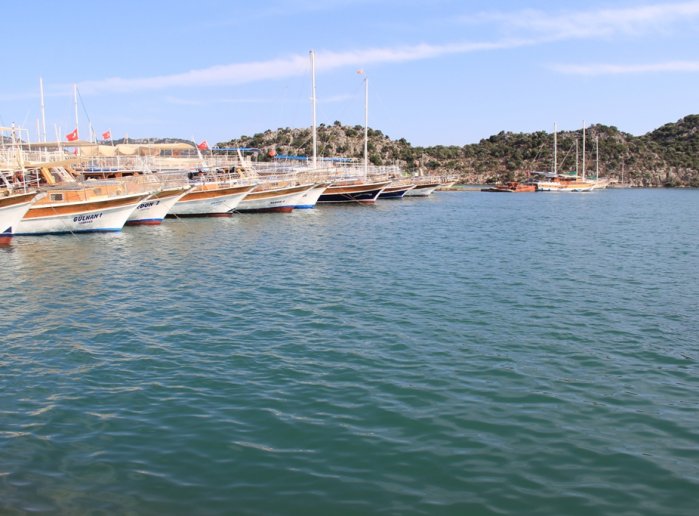 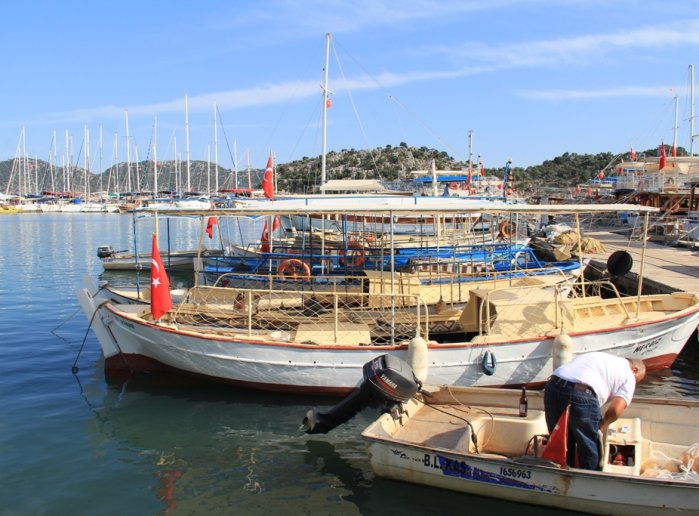 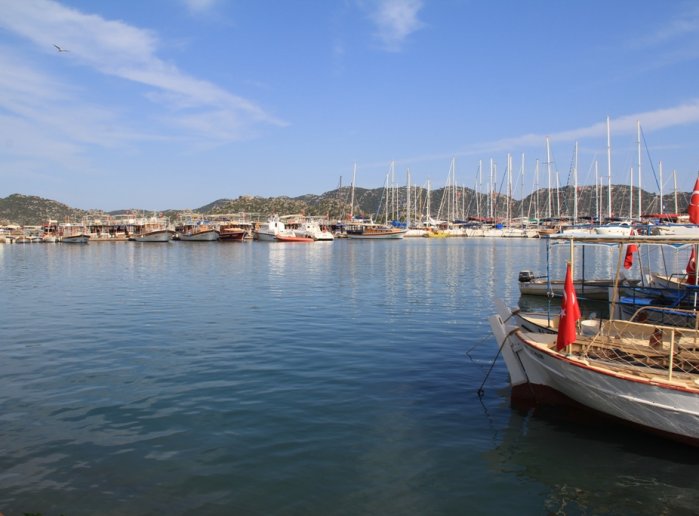 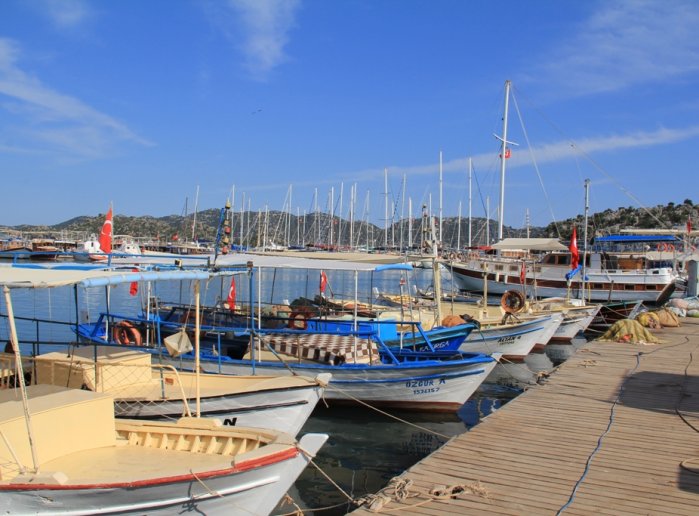 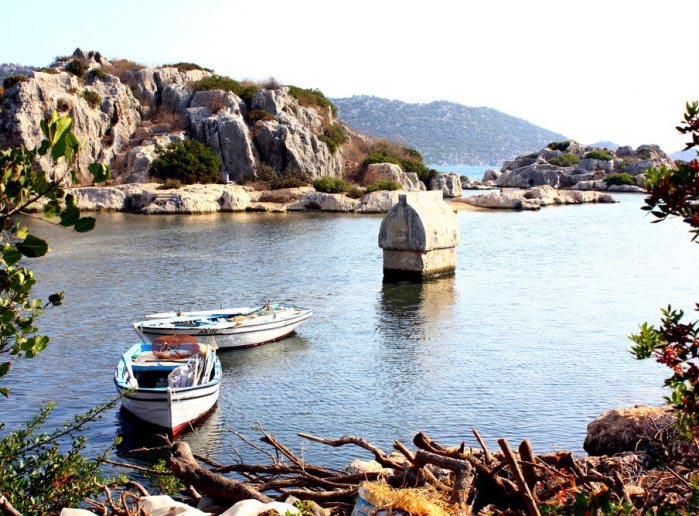 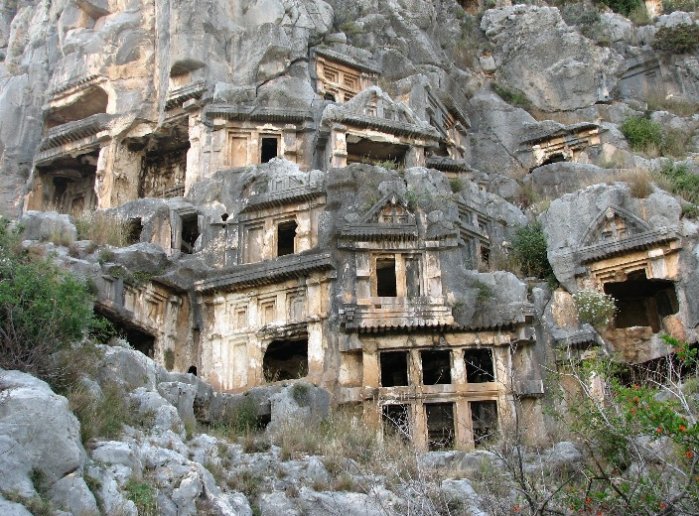 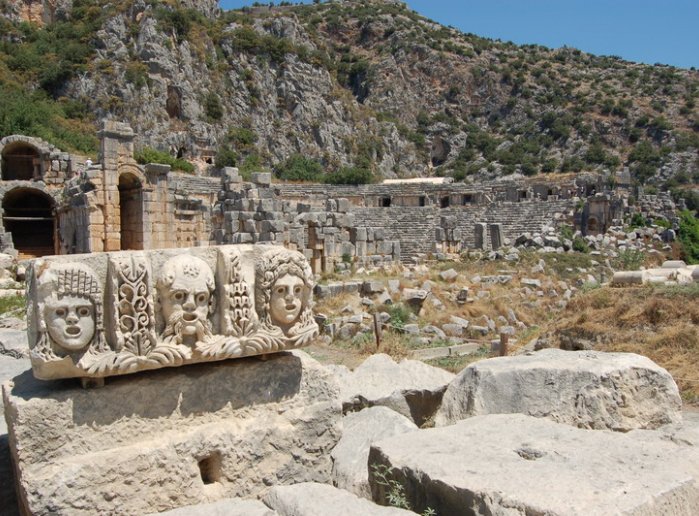 • Sail over turquoise waters to the Kekova Island
• Discover the extraordinary underwater ruins of the sunken city of Simena
• Visit ancient Myra - one of the cities of Lycia (The Land of Light)
• Discover Lycian Rock Tombs, Roman Ancient Theatre

• Church of St.Nicholas, the Eastern Orthodox Bishop of Myra

Enjoy this trip with SMOOTH TRAVEL visiting an ancient city in Myra, the Church of St. Nicholas in Demre and sunken city in Kekova!

You will start the trip with fascinating boat trip in Kekova (Sunken city). The name of the island of Kekova is now used as the general name of all the sites in the same bay. Kekova, also named Caravola (Lycian: Dolichiste), is a small Turkish island near Kas (ancient Antiphellos) district of Antalya province which faces the villages of Kalekoy (ancient Simena) and Ucag?z (ancient Teimioussa). Kekova has an area of 4.5 km? and is uninhabited. It is easily seen that the whole area had been heavily populated in the antiquity from the ruins and other artifacts lying about. Now, it is one of the most attractive picturesque yacht / boat tour locations. The Kekova region was declared a Specially Protected Area in 1990 to protect the natural, cultural and geographic richness of Kekova Island and surrounding coast. The Kekova Specially Protected Area is 260 km? and is managed by the Ministry of Environment, Authority for the Protection of Special Areas.
Kekova-Simena is an enjoyable place to visit for its great beauty and charm. It is a peaceful place of history, gorgeous turquoise water, sun, islands, unspoilt nature, blue skies. There are opportunities to swim and snorkel if desired, so don't forget your bathing suit and towel. Boat trip takes approximately 1,5-2 hours.
After Boat trip the coach will be waiting fo you to drive to Myra. After lunch break that will take an hour you will have a chance to explore the site.
Myra was one of the six prominent cities of Lycia, the Tekke peninsula today. Lycia  has been an important city during the Roman period and a very important city during the early Christian and Byzantium period. You can see Lycians time used Parliament sitting place which was used Roman Empire time for the Gladiator fighting and lions-tigers fighting cages and the Ancient Greece time for the Amphitheater. The ruins of the Roman and Lycian town are now mostly covered by alluvial silts. The acropolis, the Roman theater and Roman baths have been excavated. The semi-circular theater had been destroyed by earthquake in 141, but was rebuilt afterwards. There are two necropolis of Lycian rock-cut tombs in the form of temple fronts carved into the vertical faces of cliffs at Myra: the river necropolis and the ocean necropolis. The ocean necropolis is just northwest of the theater. The best known tomb in the river necropolis (located 1.5 km up the Demre Cayi from the theater) is the "Lion's tomb,"also called the "Painted Tomb."
To the end of the trip will visit Saint Nicholas Church. It is most notable for being the burial place of St. Nicholas of Myra, who was the Eastern Orthodox bishop of the ancient city of Myra in the 4th century, and is an important religious figure for Eastern Orthodox Christians. Saint Nicholas of Myra became world famous as "Santa Claus".  Now the church reflects many alterations and it has been restored. Nevertheless, it is toured by many visitors from all nations and religions from all over the world that has come to see the church.
After discovering St. Nicholas Church make our way back to Antalya. Transfer back to hotel.
To Top