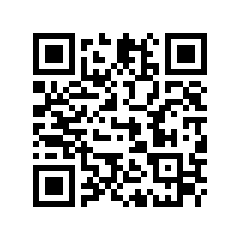 Highlights: Visit the monumental Hagia Sophia. See the splendid Blue Mosque, icon of Istanbul. Go to the Hippodrome and follow in the footsteps of chariot races and athletics events. Stroll through the lively Grand Covered Bazaar and pick up a souvenir bargain. Enjoy a complimentary pick-up from all Istanbul city hotels. Overview: Enjoy a half-day tour of Istanbul and explore the Byzantine and Ottoman heart of the Old City. See Istanbul icons, such as the Hagia Sophia, Blue Mosque, and Hippodrome, and stroll through the lively Grand Bazaar looking for souvenir gifts. What's Included:

Description: Take a 4-hour tour of Istanbul’s "Sultan Ahmet Center," and discover the heart of the Old City, from where the Byzantine and Ottoman Empires were once ruled. During the guided tour, you will visit some of Istanbul’s major icons, including the Hagia Sophia, Blue Mosque, Hippodrome, and Grand Bazaar. Start with the magnificent Hagia Sophia, one of the greatest marvels of architecture, constructed as a basilica in the 6th-Century by Emperor Justinian. Opposite lies the Blue Mosque, also known as the Sultanahmet Mosque, and most famous for the stunning blue İznik tiles that furnish its interior. The 6 minarets stand proudly over the horizon, and can be seen from all across the city. You will also visit the ancient Hippodrome, center of chariot races, athletic events, and political activities in former times. See the Serpentine Column, Obelisk of Theodosius, and German Fountain of Wilhelm II, among other superb monuments. Change the pace and head into the crowds at the Grand Covered Bazaar, Istanbul’s most attractive shopping center, and the largest souk in the world. Explore more than 4,000 shops selling everything from antiques, to jewelry, gold, carpets, leatherware, and souvenir items. Try your hand at haggling and see if you can walk away with a bargain!