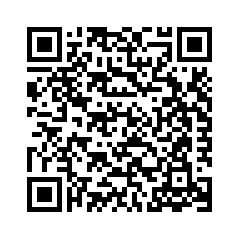 Explore Istanbul in three fascinating ways on this action-packed, 3.5 to 4-hour sightseeing tour by boat, coach and cable car. Sail along the Bosphorus Strait past the imposing Rumeli Fortress, Yildiz Palace and wooden Ottoman houses. Then get back on land to wonder at the ancient City Walls, iron-paneled St Stephen's Church and colorful former Jewish district on a coach tour. Finish with a memorable cable car ride up Pierre Loti Hill and relax over drinks (at your own expense) as you take in the spectacular views of the city and the Golden Horn spread below.

City Walls: The first breach of the walls was by the Fourth Crusade in 1204, the second by the cannons and troops of Sultan Mehmet the Conqueror in 1453.

Drive by bus to Golden Horn: As a natural and extremely secure harbor, the Golden Horn has played an important role in the development of Istanbul. The inlet separates the European shore into two, is approximately 8 kilometers long and its widest part is the entrance from the Bosphorus. Two streams drain into this inlet at its far end.

Cable car and Pierre Loti Hill: Named after the famous French writer – you will enjoy magnificent views of Golden Horn and the city.

Boat trip on the Bosphorous: Take an amazing cruise between the two continents of Europe and Asia. Sail along the Bosphorus by the Dolmabahçe and Beylerbeyi Palaces, wooden villas and mansions, all the way up to the Rumeli Fortress near the Black Sea.

Rumeli Fortress: (Seen from the sea) Istanbul had been besieged many times before Mehmet the Conqueror took the city in 1453, but it managed to defend itself with the help of the Roman city walls.

The Lander's Tower: (Seen from the sea) This is a small and attractive tower built on an islet at the entrance to the Bosphorus. It is one of the symbols of Istanbul. Used in the past as a watchtower and a lighthouse, it has been preserved in its 19th Century appearance.