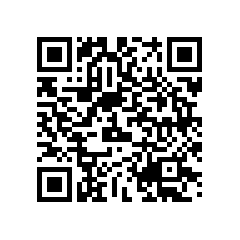 Discover the first capital of the Ottoman Empire on a 12-hour tour to Bursa from Istanbul. Cross the Sea of Marmara by ferry. Then, explore the city’s main monuments, such as the Green Mosque. Ride the teleferic up Mt. Olympus.

Bursa lies in the northwestern part of Turkey near the Sea of Marmara, about 20 km inland. The Ottomans, who started as a small emirate in the countryside just east of Bursa,took control of their first major city, Bursa. As such, it served as the first capital city of the Ottoman Empire, from 1326, when it was captured from the Byzantines, to 1365, when the capital was moved to Edirne in European Turkey, as sultans started to turn their attention to Europe. Most of the historic sights of the city date back to this early period of the Ottomans. Today, with a population of more than 2,500,000, Bursa is the fourth largest city in Turkey after Istanbul, Ankara, and Izmir. It is famous for its peach, chestnut, and silk, although lately, heavy industry located in the outskirts of the city has surpassed these traditional industries. Furthermore, Uludağ—one of the highest mountains in Turkey—lies very close to Bursa and is the main winter sports center of Turkey.

Explore the first capital of the Ottoman Empire on a private full-day tour of Bursa from Istanbul.

Following a pick-up from your hotel on Istanbul’s European side, transfer to the port to catch a ferry to Yalova. Cross the Sea of Marmara. Then, relax in air-conditioned comfort on the 2-hour drive to Bursa.

Upon arrival, sample some of the local produce of the region, such as chestnuts, honey, olives, Turkish Delight and more. See historic bazaars and sights, such as the Grand Mosque (Ulu Cami).

Next, climb a mountain for a barbecue lunch. Enjoy some free time to enjoy an ATV safari, or take a minibus to the ski slopes for a spot of ski-ing (own expense).

Explore Koza Han in the heart of the old Silk Market, and learn about Bursa’s thriving silk trade during the Ottoman era. Although it’s now a tea house, the building retains its historical allure. Hear how Bursa marked the end of the ancient Silk Road, and how the city was once home to countless artisans who produced kaftans and soft furnishings for the Turkish sultans.

Return to Istanbul in the evening, for a drop off at your hotel and the end of the tour services.